St. Joseph Automotive & Diesel is a full service repair facility for all makes and models of cars and light duty trucks as well as medium duty trucks busses and RV’s.

Our goal is to create an experience so amazing that you feel the need to tell your friends. Check out our FIVE STEP EXPERIENCE to find out why we are the Right Choice for you.

Our technicians are FACTORY TRAINED and ASE CERTIFIED with a combined experience of 40 years of on the job training.We are a dealership level Service and Repair facility that uses the same factory diagnostic equipment that is used at the dealerships in order to diagnose and repair your concerns quickly and accurately. You get all of this at an average SAVINGS OF 30% compared to local dealership pricing!

We are doing everything in our power to change the perceptions of the automotive repair industry. Our ASE Certified technicians utilize dealership technology to diagnose and repair your vehicle, no matter what the make or model. We offer same-day auto service and a free shuttle service. Our friendly staff will make you feel at home and treat you with the utmost respect. Honesty and integrity are at the center of everything we do!

St. Joseph Automotive & Diesel was founded with several key principles: provide top quality auto repair and maintenance services, be professional and respectful, and put honesty and integrity at the center of everything. These key principles are at the forefront of the shop. 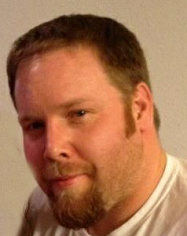 Matt is a double ASE Master Certified Technician who grew up in Terre Haute, In. He got his start in the automotive industry from his father who used to own his own shop when Matt was a little boy. Matt used to do work for family and friends all through high school to help people out and make a couple of bucks for the weekend. After high school he had to get a “real job” to pay the bills so he went into steel fabrication. Eventhough he worked his way up in several different industries including Union carpentry, steel fabrication, and welding he always did automotive work on the side. After a long time considering his future, Matt decided to further his automotive knowledge by attending Universal Technical Institute (UTI) where he received many honors for top student in the class as well as multiple certifications including FORD electrical, engine, transmission, and suspension certification. After graduating Matt moved to the Champaign area where he became Ford Senior Master Certified as well as ASE Double Master Certified. He took his skills from the dealership to the aftermarket world with his first shop that he owned in Champaign for four successful years. He then sold that business and opened St. Joseph Automotive & Diesel at 703 N. Fourth St. in St. Joseph, IL. which was formerly Mike’s Garage and Towing.

An Indiana girl, she met her future husband at 19 and followed him to the Champaign area after she completed her dental hygiene degree. On her days off from the dental offce, she likes to help out where she can at the shop. Casey recently celebrated 6 years of marriage to Matt and had their first child in April 2014, Carly, who likes to visit her daddy at work and give smiles to the customers.